I recently had the opportunity to go and speak to my girls club volleyball team. They do these pep rallies and they know that I do these inspirational motivational videos, so they thought maybe I could add some value to the team, so I was like, “Yeah, I’m up for the challenge.”

What I decided to talk about was the power of the mind. I mean, look, they’re already working really hard physically, so I wanted to see if they could capture some insight from where I know the things that are beneficial. Here’s kind of how the talk went. I said, “How would you like to get 20% better at volleyball without ever having to touch a ball, jump up and down, break a sweat, or spend any more time in the court. Would that be of interest?” And of course everybody said yes. I mean, who wouldn’t, right? Spend no more time than they’re already spending.

Well, here’s how this works. There was a research study that was done at the University of Chicago. They took basketball players, and they took half of them, divide them in half, they took half and shot free throws for an hour for 30 days straight. Then they took another group and they had them visually, mentally exercise making free throws for an hour for 30 days straight. After the research study was done they took the subject group that physically shot the ball. Their improvement was 24%. The other group that just visually and mentally pictured themselves shooting to make your free throws was 23%, 1% less in the group that never even touched the ball. That just shows you the power of the mind.

Now, I’m going to prove to you that the mind is a powerful thing, too, as well, and that your subconscious mind, meaning that when we’re asleep it doesn’t know the difference between reality or not. Have you ever had a nightmare? Have you ever been fast asleep and all of a sudden you bolt up out of bed, and your heart is racing, and you’re just sweating profusely and for a second you just get your bearings? You’re like, “Was that real?” We’ve all had that, right?

Well, your subconscious mind didn’t know the difference between reality or not, but what physiologically happened, your heart was racing, you might have started to break into a sweat, your mind was racing all over the place. Physiologically, things happen, so that shows and proves to us that our mind is a powerful thing from a physical aspect, too.

Now, there was another research study that was done on the power of the mind and attention, and they took these maids in hotels. Now, by all means, when self-surveyed, these maids were sedentary. They didn’t do any extra activity other than their daily job, and they considered themselves sedentary, and by all the stretch of the imagination, they were actually very poor health when considered when they looked at blood pressure, cholesterol and other physical ailments, as well.

Well, they took the whole group, divided them in half, and they told half of them an unfamiliar truth, that cleaning 15 rooms daily constitutes more than enough activity to meet the Surgeon General’s recommendation of the half hour of physical activity daily. All they did was put that in there, that what they’re doing already makes them physically active and it constitutes for exercise.

They came back 30 days later. Now, the group that wasn’t told anything, obviously, nothing happened or changed. Here’s the interesting thing. The group that they told that they’re already meeting those recommendations, 30 days later the average person lost two pounds of body weight and their systolic blood pressure dropped 10 points. They didn’t change their physical behavior other than just doing their job, but they thought mentally that they’re already regular exercisers, so it just goes to show the power of the mind.

Now, here’s another thing as far as the visualization goes and when I taught the girls at the volleyball club. When you’re visualizing, you’ve got to make it come to life. You have to see it one from your mind’s eye as if you’re coming from this vision. You can’t visualize like you’re watching yourself in a movie or something like that, so it’s got to come from your perspective. You’ve got to see it, you’ve got to feel it as if you’re actually in the gym.

And when we walk in those gyms, I mean, they stink. Those girls are all sweaty and they’re all cold. It’s like they’re all in these warehouses so they’re freezing, so I told them, “When you’re visualizing at home, smell the smells, hear the squeaking of the sneakers, hear the …” Sneakers. Who says sneakers? I guess tennis shoes, shoes, whatever. “Hear the whistle blowing and just feel the coldness when you walk into the gym,” and that makes it more come to reality from yourself from a visualization standpoint. 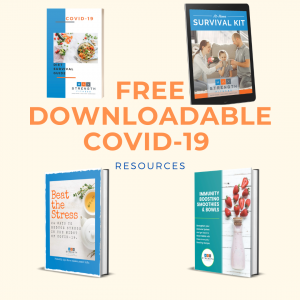 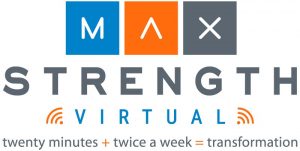